“THANKS TO THE GROUND-RADAR STUDY, WE FOUND THE IDEAL SPOT FOR THE SUMP” 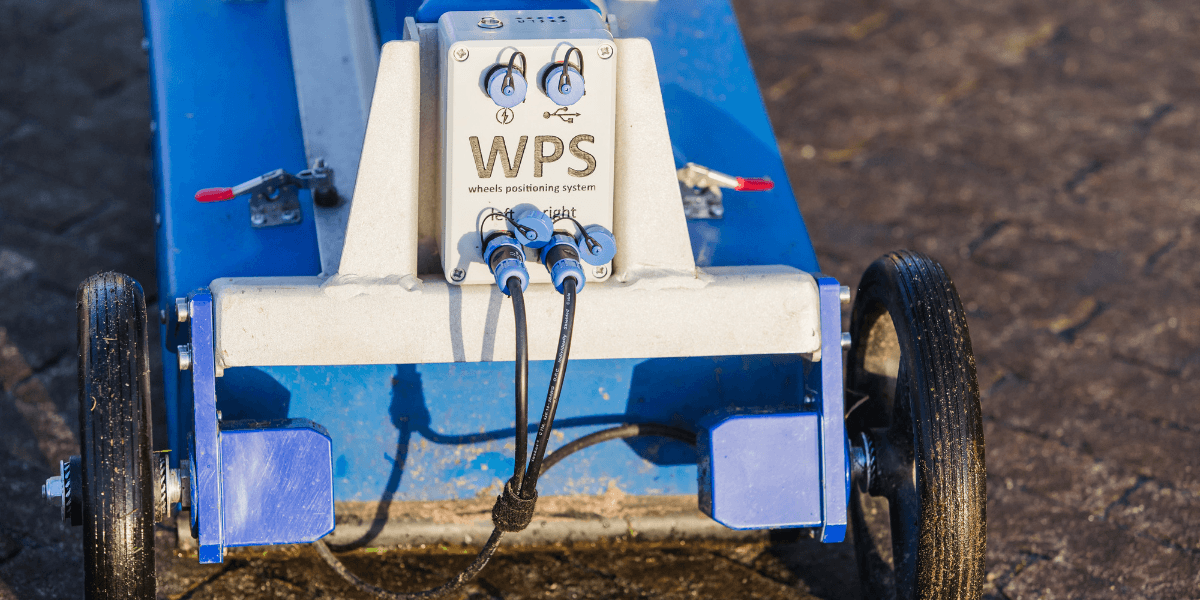 When Leiden municipality had to install a new main sewer in an existing neighbourhood of the city, they called on the assistance of MapXact for a ground-radar study. What did they find under the streets in terms of cables, pipes and tree roots? The ground radar did a complete underground scan. The result? “We found the ideal position for the sump and shifted two cables that were in the way,” according to project coordinator Raijmond Staneke of Leiden municipality.

Houses on Mariënpoelstraat and Boerhaavelaan in Leiden have slowly been sinking. This has been causing problems with sewage outlets. Water could no longer drain properly as the one-and-a-half metre deep main sewer was no longer deeper than the houses. Leiden municipality needed to build a new main sewer. “The sewer had to go deeper in the ground between the cables and pipelines,” Raijmond explains. “We therefore wanted to have a ground-radar survey to know exactly what we can expect to find underground.”

No digging or roadblocks

A ground-radar survey seems a good choice in these streets. “Normally we dig trial trenches, but we couldn’t do it here.” Blocking the streets was not an option, considering the heavy school traffic there. The streets also had to remain open to let support services through,” says Raijmond. Using the ground radar, a complete underground scan could be done without blocking the streets or digging.

Precise mapping of all tree roots

Another important reason to use the ground radar was the trees in the street. Leiden municipality attaches great value to healthy trees in the city. It was therefore important not to touch any tree roots in the streets. Raijmond: “We didn’t want trial trenches, because chances were that we might damage roots. The ground radar showed us exactly where the tree roots lay.” 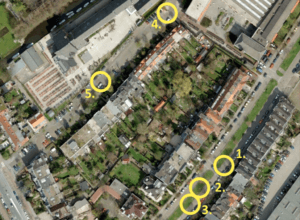 The five measurement locations in the Boerhaavelaan and Mariënpoelstraat. Source: Google Earth

With the help also of WIBON (Dutch law on the exchange of information on over- and underground grids and networks), the municipality should have proper access to information on the location of infrastructures. To this end, the municipality uses KLIC data that it compares with its own digital underground infrastructure, for example domestic connections to sewers. With the ground-radar findings, as complete a picture as possible can be established of the underground situation.

Ground-radar results in a single overview with existing data.

The ground-radar images of the two streets appeared to differ from the KLIC in various ways. “We shared these findings with the contractor who placed the manhole box. That way, they could keep account of the actual position of cables and pipes.” During works, it appeared that the ground-radar data corresponded with the reality. The manhole and drain could therefore be placed without any excavation damage.

“Based on the findings of the ground radar, we could shift two fibre-optic cables in the preparatory phase.”

Leiden municipality benefited greatly from the ground-radar results, Raijmond believes. “The survey and processing were done very efficiently,” he says. “Based on the findings of the ground radar, we could shift two fibre-optic cables in the preparatory phase in order to place the sump and manhole. Besides the fibre-optic cables, we didn’t need to shift anything. Thanks to the ground-radar information, we found the ideal position for the slump.”

Civil engineering expertise behind the vehicle

According to Raijmond, it’s important to know who walks behind the ground radar. “The driver must have knowledge of civil engineering. While they’re walking, they’ll see lines on their screen. It would be great if they could immediately understand what these lines represented. Is there an electric cabinet? Then there must probably be an electric cable. Is this a pipe going down? That means there must be a water pipeline or PVC tube somewhere. The person behind the ground radar has to interpret these points so they don’t miss anything that’s underground.”

Using the ground radar as efficiently as possible also depends on delivering the right input to MapXact, Raijmond points out. “Define the request properly,” he advises. “Explain what exactly you want to know and share what you already do know with MapXact. Where are the pipelines and cables supposed to lie according to proprietary data? The best would be for the ground-radar driver to have a kick-off meeting with the project leader. This would make it clear from the onset what is expected from the ground-radar survey. This way you know exactly where you stand.”